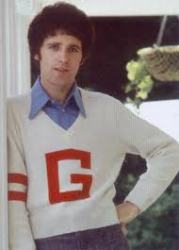 Sitting alone (again, naturally) on a Saturday morning in the office, my 2nd cup of tea still refusing to warm me up. I will not turn on the electric baseboard heating and give our landlord the satisfaction or the cash. I will not!

I am pondering the rightward tilt the race for mayor seems bound and determined to follow and for the life of me, I cannot figure out why. OK, so people are angry. I get it. The recession lingers on like the first autumn cold that will not quit regardless of what you throw at it. (My suggestion? Plenty of booze and cigarettes. Take it out for an all-night bender. Show it just how unwelcome a host you really can be.) We’re told that we’ve weathered the blow but that the turnaround is going to be painfully slow and drawn out. There’s still some bloodletting to be done in order to get us back to fighting weight.

We’re looking for somebody to blame for this mess and who better than government? There is an orderly process in place for us to make our displeasure known: voting. The alternative is dicier and slightly more involved as it would mean gathering together in groups and tearing some shit up.

But, judging by the reaction to things in June during the G8 meeting here, such recourse is frowned upon in official circles.

For us in Ontario, the first crack we’re getting at expressing ourselves at the ballot box is at the municipal level, by-elections aside and who really counts those? The thing that’s baffling me about how it’s all playing out, at least in Toronto, is why are people reacting so, well, reactionarily? We’ve been down this road before, people. Remember?

That hapless and spendthrift Bob Rae government at Queen’s Park in the mid-90s? We ushered in the fiscally austere and oh-so competent Mike Harris Conservatives to clean up the mess. They didn’t. Or how about the corrupt and profligate Jean Chretien/Paul Martin team up there in Ottawa, blowing through all our hard earned dollars on pet projects like… what was it called again? Shawinigate? Time to bring in the restrained and prudent sensibilities of the conservative Harperites to restore order.

Except, ooops, they didn’t.

Modern day conservatives never solve problems. They only exacerbate them, deepen them and create ones where none existed. It is a bankrupt ideological movement that successfully achieves two objectives, and two objectives only. One, to roll back any and all social and economic gains made over the last 80 years or so. Two, to dismantle the mechanisms of government in order to render it inoperable for society as a whole so they can turn around and parrot the empty words of their patron saint, Ronald Reagan. “Government is not a solution to our problem, government is the problem.”

After that? They’ve got nothing but a dog whistle to call forth the furies of outrage and resentment lurking just below the surface.

Rather than spend time and space today running down the shortcomings, lies and delusions of the anti brigade vying to retake City Hall for us here come October 25th, let’s take a glance south of the border to our American neighbours who are taking neoconservative/libertarian thinking to its illogical extreme.

Watching the last couple episodes of Real Time with Bill Maher, we encountered 3 cases in point. There was P.J. O’Rourke, the satirical lion of Reagan era libertarianism now simply looking old and tired, stating emphatically that ‘governments don’t create jobs’. When questioned by co-panelist Andrew Ross Sorkin, author of Too Big To Fail, an account of the economic meltdown of 2008, that if by choosing to build, say, a bridge, wasn’t government creating jobs?

O’Rourke’s response? Don’t get him started on bridge safety. He was all for bridge safety. Aren’t we all, P.J.? Now, would you please answer Mr. Sorkin’s question.

Next up on the same show was one S.E. Cupp, a shiny-faced conservative pundit star on the internet. In the midst of a discussion about America’s need to start investing more fully in developing alternative sources of energy, she declared that alternative energy solutions were a rich country’s concerns. Again, somewhat flummoxed, Sorkin pointed out that China had surpassed America in pursuing alternative energy solutions which only seemed to prove Cupp’s point. For her, China is now a rich country because it owns a big chunk of U.S. debt and it was the U.S. that was broke. So no alternative energy for America. By reducing a complex economic system to one single factor, this conservative mind believed China was rich and the United States poor. O’Rourke then piped in with the view that we couldn’t do anything about climate change anyway because everyone in China ‘wanted a Buick’. Seriously, kids. He used to be funny.

Last night’s episode featured another conservative internet star, radio show host and proud member of the Tea Party party, Dana Loesch, “… the sweet Midwestern goth version of Laura Ingraham.” Railing against the bailouts and stimulus spending as un-American, she was unimpressed by the notion that the move probably helped staunch the bleeding and ward off another Great Depression.

“Why does the government get to decide who succeeds and who doesn’t?” she responded. Uhhh… well, I guess since the private sector was collapsing in on itself, somebody had to step up and try to avoid long breadlines and overcrowded soup kitchens. When Dan Neil, a Wall Street Journal writer, corrected her earlier assertion that more money was spent on the bailout and stimulus then on the war in Iraq, she countered that ‘there are a lot of figures out there that dispute that’.

Ah, yes. Those mystical, magical ‘figures out there’ used to dispute whatever needs disputing in order to keep the belief system going. 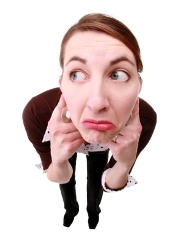 And yet, we keep turning back to it attempting to solve our problems. Our delusion seems to be mutual.