Is it just us here at All Fired Up in the Big Smoke or is everyone covering this municipal campaign running out of gas? With under two weeks to go, it seems the news is now filled only with strategy ploys, endorsements, advertisement assessments

Is this an unsurprising consequence of conducting such a long, long municipal campaign?

Some 40 weeks in and the front runner’s internal polling numbers were the big news story late last week. And guess what? Team Ford has the election in the bag, his victory so big that it’s going to cause a Fordian ripple affect, causing many pro-David Miller councillors to lose their seats. Yes, uh-huh, that’s right. Rob Ford’s got coat tails.

The timing of the poll really should’ve been the story. Ford’s face is on the cover of Macleans magazine with a less than flattering portrayal of the candidate inside. His morning press conference last Friday to paint in further details of economic strategy (ha, ha, ha) is a flop. He leaves staff to answer questions from curious reporters.

And then suddenly, ta-dah, as if out of nowhere, their internal poll is released — old news apparently from 2 weeks earlier — showing Ford having increased his lead to almost 50%, pointing towards a landslide victory on October 25th, and a transformation of city council into more Ford Country friendly.

Only a few news organizations ran full-fledged with the story as if it were actually newsworthy (the Toronto Sun and 640 AM on your radio dial). But it dictated the tone and space of other coverage. Was the poll valid? Should we be taking the time to even talking about it? Ooops. We just did. What were we talking about before the poll was released? Oh, right. Rob Ford’s shitty, shitty economic plan. 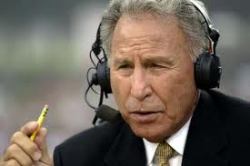 Yesterday, Joe Pantalone released a proposal to give community councils more say and fiscal control (thus, in theory at least, more power) over certain local aspects of the city’s overall budget. An attempt, it would seem, to bridge the disconnect people are expressing they have with City Hall. Interesting. Let’s take some time to examine it and suss out the merits and—

Too late. Out jumps a poll that suggests Joe Pantalone is nosing up on the 20% mark while Rob Ford’s numbers have dropped back down into the low 30s. And suddenly, it’s now a 3-man race! Looks like a case of Joe-mentum.

But wait. What’s the deal behind the poll? Is it even real? Pantalone campaign manager, John Laschinger, once wrote a book and there’s a quote about making up a fictitious poll in order to breathe life back into a campaign. And what about this company who supposedly conducted the poll, Logit Group? They once were commissioned by Rob Ford for his own dubious poll. Maybe he’s behind this one too, in order to cut away at George Smitherman’s own support.

Speaking of Smitherman, did you hear a handful of former Rocco Rossi staffers are now supporting him?

Truthfully, this is the first campaign that we’ve covered in this kind of depth (as shallow as it may be. You should’ve seen how uninformed we were previously). Maybe this is simply par for the course. Accusations of horse race coverage with other elections are not unusual. Marks given purely on style. Some deducted for trying to introduce substance.

Yet, it’s not too far off the mark to suggest that there has been a general paucity of ideas, a lack of that vision thing, if you will, throughout this entire campaign. The narrative structure was built on a faulty premise or, at least, a grotesquely delusive one of a free spending, insular City Hall who had lost all touch with reality and the people it was supposed to be serving. Feeding anger rather than addressing it.

Where does one take such a distorted view over the course of 10 months or so? 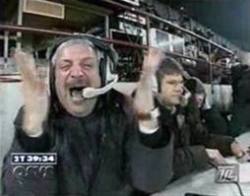 By building bigger fabrications and offering questionable solutions to problems that exist nowhere near the degree that’s been claimed. Eventually (hopefully), reality rears its head and forces some sort of step back from the apocalypse. The artificial edifice creaks a little under the ponderous weight of heavy falsehoods and misrepresentations.

But the story is firmly set. Time to talk policy turkey is over. Candidates have found their places and it’s now all about how they finish. Can they close the deal? What are the latest numbers suggesting? I have it on very good authority that…

Rumours and speculation are easier to report and discuss than analysis. That takes time and work. Implications become more obvious in hindsight. 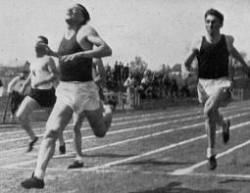 There’ll be plenty of time for that after the fact. Four years to be precise. After we all catch up on some sleep. For now, let’s just stay glued to the race and all its crowd-pleasing machinations because it’s sure shaping up to be a real nail biter!