Strike you as odd? Really? Like how odd? Jews For Jesus odd? Red Sox For Yankees odd? 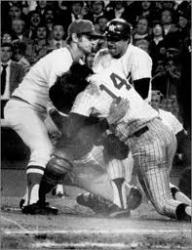 When some prominent local conservatives signed a letter in support of George Smitherman’s mayoral candidacy yesterday, the interwebs concerned with such matters lit up. The Rob Ford/Rocco Rossi right wing base (or, in the case of Mr. Rossi, let’s call it Sue Ann Levy) were all up in arms, defining themselves as true or real conservatives as opposed to those who’d signed the Smitherman pledge who were.. how’d Sue Ann put it ..? “the fah-fah Rosedale crowd”. The same “fah-fah Rosedale crowd” Ms. Levy sought to represent when she ran in last year’s provincial by-election under the Progressive Conservative banner, proving once again that the new conservative mind has no institutional memory whatsoever; replaced entirely by a simple binary yes, no, yes, no, thought that can’t recall the events of the previous day let alone year.

For their part, supporters of Joe Pantalone waved the letter about as proof that Smitherman was, to use their candidate’s own nifty campaign catch-phrase, just another mini Mike Harris. 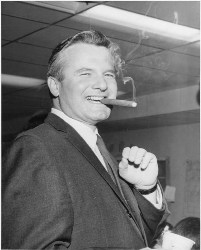 An easy leap to make since the letter was signed by some former members of the Harris government. This was the smoking gun to show that Smitherman was a Liberal in name only.

The surprise of all this was that there was any surprise about this in the first place. Anyone who’s followed Smitherman’s political career at the provincial level must know that to succeed as he did in climbing the ladder of the Dalton McGuinty government, he had to be a dyed in the wool red Tory. (I’ve hyperlinked the term for all you youngsters out there unfamiliar with it.) In my day, Progressive Conservatives like John Robarts, Bill Davis, Robert Stanfield, Joe Clarke were what you’d call red Tories. Conservatives not viscerally anti-government and pathologically opposed to the notion of taxation. They were closer in spirit to one of the original conservatives, Edmund Burke, who thought society should conserve those aspects that were working while gradually changing those that weren’t. 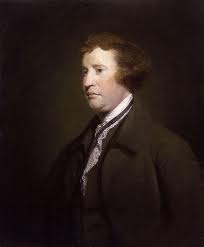 When the Progressive Conservatives in Ontario successfully lurched radically right, the Liberal party tip-toed in that direction with them, ending up occupying the centre, centre-right. Thus becoming Red Tories. As a very high-powered member of that government, it should hardly be surprising then that Smitherman has attracted the support of socially liberal, fiscally conservative types like Isabel Bassett.

What we should know by now is that, at his most fundamental, George Smitherman is a political animal. He will be whatever he needs to be to get the number of votes needed to win office; listening to him earlier today being interview by Matt Galloway on Metro Morning proved that point again. The topic was governance and reform. 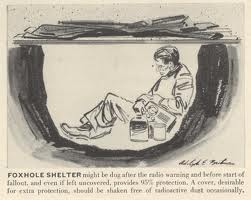 As Smitherman showed last night at the urban issues debate, he comes prepared with appropriate talking points for the event at hand and will dispose of them as soon as he needs to.

Lifting an idea straight out of Paul Bedford’s talk on Tuesday, Rethinking Toronto’s Governance (which we talked about here yesterday), Smitherman floated the notion of keeping all 44 councillors but having 22 of them elected in expanded wards and the other 22 voted in on an at-large, city wide level. What about expanding the numbers of councillors, Galloway asked, as another solution to helping citizens reconnect with the local representatives. Less constituents/councillor. Scoffing, Smitherman responded — and I’m paraphrasing here — With the prevailing, anti-government winds out there? Proposing more politicians?!

You mean, actually lead, Matt?! Come on! That’s crazy talk. Even if more politicians might be good for the city, you don’t think I’m going to possibly suggest that now? 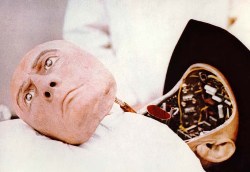 In this anti-incumbent, anti-City Hall environment that I helped stir up? I could lose votes if I suggested that!

Red Tory. Blue Liberal. Centrist. George Smitherman can be all these things if he needs to be. As we have written previously here, he possesses an empty core that is constantly refilled with the fluid of the moment. An automaton, programmed to do nothing other than to win elections. No reason to think it’s not going to happen again.