No More More Of The Same

Earlier this week as the mayoral candidates prepared for another series of debates, some questions popped up about the inclusion of 6th placer, Rocco Achampong.

Why now? Why not months ago? Nobody ever listened to what former candidate Giorgio Mammoliti said about anything else when he was campaigning. So how come they took him up on including Achampong in the debates?

The most salient argument against including newcomers to the proceedings at this relatively late stage of the game is that now is the time to start winnowing down not opening up. We need to focus in on the front running campaigns, one of which will produce Toronto’s next mayor. To throw the doors open will simply muddy the waters, cause voter disarray and make post-Labour Day clarity and decision making near impossible.

My response to that would be, have the candidates earned such a free pass? Months and months into this, with countless debates already under their belts and exclusive media access, and no one’s yet broken through.

So what’s just more of the same going to accomplish?

Of course, that’s not entirely true. Rob Ford has more than broken through. He is the one candidate that has run what must be considered a near flawless campaign so far. How else to explain his turning a mindlessly pea-brained platform that can be re-uttered by even the densest voter – Stop The Gravy Train! – into a 1st place standing? Ford should be the joke of this race and yet the only one to even so much as land a punch on him is, well, Ford himself.

Take this past week for example. Ford bumbled, stumbled and fumbled through 3 debates, two of which, to be fair, were not his strong suit, city heritage and the environment. But what’s the news grabbing the headlines over the weekend? George Smitherman telling a Rocco Rossi campaign staffer to either fuck or screw off after they tried handing him some pamphlet apparently critical of his candidacy.

(To give George some props on this issue, I’ve encountered the Rossi Red Army at a number of debates. Their aggressive chair saving and Pavlovian cheering at their candidate’s increasingly loud, shrill empty rhetoric have made me inclined to want to tell a few of them to fuck off on occasion as well. 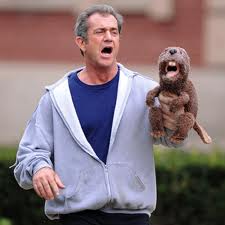 So that’s a point for Smitherman in my books.)

If anything, this suggests that the mayoral debates need some new blood not a closing of ranks. Achampong has not embarrassed himself even if he hasn’t distinguished himself either. Part of the problem as I see it is that he’s singing from the same fiscal conservative, social liberal songbook as Smitherman, Rossi and Thomson. So it’s difficult to differentiate his views from the rest of the pack. Still, he’s proving that there are other credible candidates out there we should be hearing from.

My first choice would be HiMY SYeD. (Don’t worry, potential debate moderators. The name’s much easier to pronounce than it looks. Simpler than ‘Achampong’ which seems to be giving everyone verbal fits.) Following SYeD out on the hustings largely through his almost superhuman Twitter output, he appears to have more knowledge and ideas about civic governance than any of the leading candidates outside of Joe Pantalone. 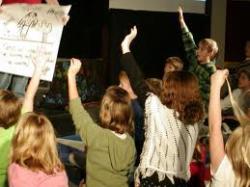 Let’s see how he fares up under the debate spotlights. He’s earned it.

That’s seven. How be we make it an even number? I’d nominate George Babula or Sonny Yeung. Give them a crack at the big time. Hell, let’s see what Keith Cole is up too as the campaign kicks into high gear. He acquitted himself well at the Better Ballots debate back in June. No reason he wouldn’t again if given another shot.

While much noise is being made over this final summer long weekend about how people’s attention will start to hone in on the municipal campaign as it heads toward the October 25th conclusion, I’m not sure how delivering them the same dog-and-pony show will accomplish anything other than having more people feeling as discouraged and disenchanted as those who’ve been following from the beginning. 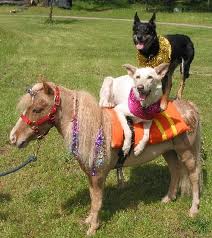 To borrow an inane phrase Rocco Rossi’s been touting over and over again, isn’t the definition of insanity doing the same thing repeatedly and expecting a different result? What this campaign doesn’t need is more of the same. It needs a shake-up that can only come with bringing in new voices and new ideas.