It’s Friday, and with my colleagues’ absence the task has fallen to me to bring to you the latest instalment in our ongoing Meet A Mayoral Candidate series. The opportunity couldn’t be anymore timely, either, as this one is right in my wheelhouse, as they say. 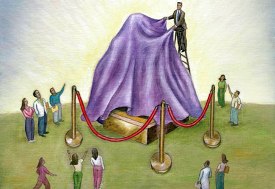 A post with my name written all over it.

So without further adieu, allow me to introduce to you, Reverend Daniel Walker, member of the Church of the Universe!

It should quickly become obvious to everyone that with such a handle, Rev. Walker is Campaign 2010’s first openly pro-cannabis candidate for mayor. And frankly, what’s an election race without one? No matter that drug decriminalization lies within federal jurisdiction, it is important that the public be reminded at every electoral opportunity at all levels that there are people out there who are willing to stand up and be counted as indulgers in the sweet weed. We can demonize them. We can dismiss them as flaky-brained, starry-eyed slackers. We can fill them up with grilled Wagon Wheel sandwiches and whipped cream burritos in the hopes of them just keeping quiet and not making a Bill and Ted sized spectacle of themselves. But, come every election campaign, a dedicated few of them seem determined to rub our noses in the fact that, well, they will continue to get high whether we like it or not, whether we care or not. 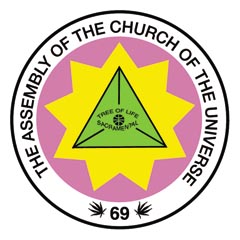 Never mind that for some, part of the thrill of the bud is its very illegality. A little of the high comes from the fact that a good chunk of society disapproves of your behaviour. The edge of being an outlaw and ne’er-do-well. Do-gooders like Rev. Walker would put an end to all that, demanding the legalization of marijuana which would mean that anyone could do it therefore reducing the potency of the indulgence. Why would he risk such a thing? For medical purposes, he claims. To make it easier for those who use marijuana as pain relief and appetite enhancers to acquire and use. Rev. Walker also thinks we’d save millions and millions of dollars from the enforcement and prosecution of the marijuana trade that would be better used elsewhere.

That’s all fine and good, sensible and noble even, but what about those who like their pot with the edge of criminality, Rev. Walker? Where do they turn when that’s gone? The harder, still illegal drugs like meth, coke and their ilk. You’re turning marijuana into a true gateway drug with your proposal of legalization, sir. 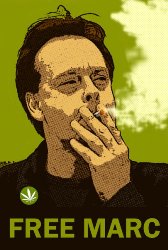 Good thing the matter would be out of your hands even if you were elected mayor of this city.

Of the issues he might be able to pursue as mayor, Rev. Walker would demand a full public inquiry into the G20 debacle and ask for police chief Bill Blair’s resignation. Of all the mayoral candidates, Rev. Walker is the first to come out publicly to demand a 5% cut in the police budget. He’d give half his salary to St. Stephen’s House (take that and your 10% cut, Rocco Rossi) as part of a wider outreach to the city’s homelessnesss problem. He’d build more bike lanes and search for other green transportation initiatives, and by ‘green’, we’re assuming he means environmentally friendly as opposed to marijuana fuelled. Rev. Walker wants to see more parks and less condos. The city under a Mayor Walker administration would be more dog friendly, have more outdoor attractions and our public washrooms would be clean. 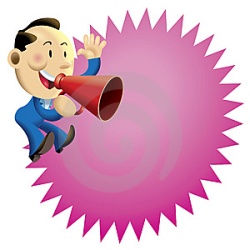 There’d be no more alcohol as part of city council expense accounts and he’d see that all accounts were audited to make sure that was strictly enforced. (Will Rev. Walker be as hard-assed if marijuana is legalized and councillors begin to write it off?) He will push for stiffer penalties when it comes to law-breaking police and government officials. Strikes for essential services which Rev. Walker considers both garbage collection and teachers to be, would be banned.

When asked the question we’ve been asking all of candidates —  If the present mayor would like his legacy to be that of the Transit Mayor, how would a Mayor Walker like to see his legacy written? – Rev. Walker responded, more or less, a Mayor Daniel Walker’s legacy will be clothes-food-shelter-transportation. 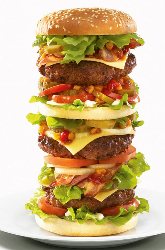 All very good policies to pursue and, more importantly, consuming enough to keep Rev. Walker from attempting to impose his libertarian drug views on those who aren’t as convinced of their efficacy. Leave people alone to indulge in criminal behaviour as they best see fit and just concentrate on running the city, sir.