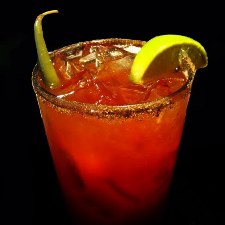 Far be it from me to opine on matters urban while rusticating up here in a wee small cabin in the woods on the shore of a lake deep in the heart of cottage country, equipped with not a whole lot more than simple high-speed internet access and satellite television but events have transpired to a degree where I can no longer remain silent. Right after I freshen up my Caesar…

There. Nice. Now where were we?

As one of the many truants to which my colleague derisively ridiculed earlier this week, I hardly feel qualified to offer any views on a situation that I was not part of. So this is from more of an outsider’s stance, an objective take by a non-participant. A Big Picture observation of the political dynamic at work.

Disregarding advice from those on the ground in Toronto, the federal Conservative government arbitrarily decided to hold the G20 gathering smackdab downtown, invading the area Independence Day style. 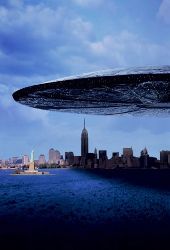 What did they care? They possessed zero political representation anywhere in the vicinity of the proceedings, so any fallout from things going badly could hardly hurt their fortunes here since they had none to begin with. In fact, spun right they could gain some mileage in the rest of Canada by exploiting the latent anti-Toronto that runs deep, pointing out that they poured over a billion dollars into the city and the leftie, hippie, pot-smoking, climate change believing vegans who live there still weren’t happy. Can you believe those people?!

Their obliviousness and/or maliciousness is best encapsulated by a post-summit Tweet from the Minster of Industry, Tony Clement, M.P. for Fucking Miles Away From Toronto (quite possibly where I’m writing from now). After the outbreak of violence, after the suspension of civil liberties, after the world press basically acknowledged that nothing much of substance came from either the G8/G20 meetings, the Honourable Minister thumbed: Wow, what a successful #G8 + #G20! Lots of substance on economic, security & devt issues. I’m proud of Muskoka, Toronto & Canada.

Here, allow me to say the same thing but with many fewer characters, Mr. Minister. (Tweeting in the voice of Tony Clement): Wow, I’m such a douchebag. 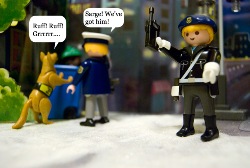 The provincial Liberal government, with only slightly more presence in downtown Toronto than the federal Conservatives, quietly dusted off and updated a decades’ old law that at least gave the impression that the police were being granted  extraordinary powers of search and detention. Although after the event, they fervently denied doing any such thing, saying that all they did was allow police more latitude dealing with anyone who got within range of targets inside the fence which, categorically, makes absolutely no sense whatsoever. We’re to believe that the police needed more legal heft to deal with people who managed to scale the fence and get inside the security zone?!

But like the feds, the McGuinty Liberals don’t really have much to lose politically by ignoring the concerns of Toronto voters. Their one M.P.P. closest to the action, former urban demigod now lowly party apparatchik, Glen Murray, is scrambling after the fact to seem concerned, imploring those with negative experiences at the hands of the police to come forward and tell their stories. He’ll look into it.

Aside from that, what have the Liberals to fear? Certainly not the law and order loving, Tim Hudak-led Official Opposition. What kind of hay are they going to make of this, what with the stench of the Ipperwash debacle still on their clothes. The NDP? Dalton’s got two words for you: Bob Rae. No, these guys must feel untouchable on this.  Just duck and cover and let the summer breezes blow it all over. 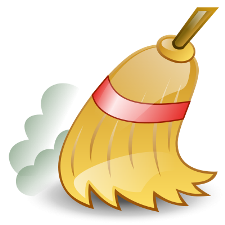 Leaving our increasingly hapless, lame duck mayor – a politician that the citizens of Toronto actually had an opportunity to vote for as opposed to all the other carpetbaggers mentioned above – stridently defending the police force and its chief who went over the mayor’s head to seek additional powers from the province, tarnishing whatever remains of his once lustrous reputation in the process. The man who once wielded a broom as a symbol of sweeping corruption and cronyism from City Hall has de-mothballed it so as to sweep this whole sad affair under the carpet, to be sifted through once he’s long gone from office. It’s a sad spectacle made that much sadder by the fact that his rigid stance on this has actually enabled two candidates vying for his position, Rocco Rossi and George Smitherman, to seem almost thoughtful and proactive in their calls for an inquiry. Something they had not yet managed to do during the campaign. 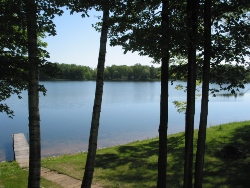 With all this, is it at all surprising we have a growing indifference and disdain towards our politicians and the political system itself? No one steps forward to take responsibility or to truthfully address citizens’ concerns. It is all about damage control and maintaining the status quo no matter how bankrupt or devoid of fairness and justice it may be. It’s almost as if they want us to stop caring. To turn our backs on them and let them get on with the business of governing us as they see fit. To simply walk away and spend our time up at the cottage, sitting lakeside, sipping cocktails.

Another one? Well, I really shouldn’t but… don’t mind if I do. 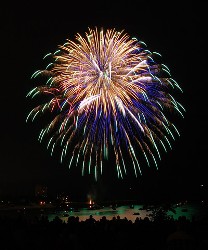