The topic’s probably been explored to death in our absence (even by our own Distant Cousin) but I just can’t let it go unremarked upon.

The deep-sixing of a trial run of bike lanes on University Avenue earlier this month.

A note to the 15 councillors who carried the amendment and spiked the project: I will overlook the fact that your opposition to the plan seems to be directly proportional to your actual physical distance from it. (Let’s call it the Etobicoke-Scarborough Alliance). Your argument probably goes that you and your constituents are the ones who are actually using those two lanes that would be lost to bikes to drive your car to work downtown.

But here’s what I don’t understand. If you were actually convinced that these bike lanes were such a bad idea, that congestion and chaos would rule with the loss of roadway to cars, why wouldn’t you vote for this? It was only on a trial basis for 3 months. Arguably the 3 months with the lightest amount of business traffic going back and forth, what with summer vacations and such. 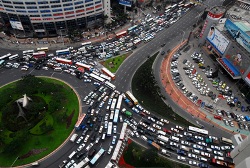 If you were indeed correct and the whole Avenue Road-University Ave. corridor ground to a screeching halt and the bike lanes remained virtually cyclist free, imagine the ammunition you would have had at your disposal. Not only to kill this proposal dead but any more misguided attempts to impose bike lanes on major arterial roads in the city. Remember the University Ave. Bike Lanes!

By successfully stopping this plan before it even started, well, let’s just say your motives are suspect. It could be argued now that you are nothing more than a pack of fat-assed, myopic inner suburban dwellers, fighting a rear-guard battle against any sort of change in order to maintain a dysfunctional status quo. Simple-minded car huggers representing the worst of cowering reactionary impulses.

Yet the disdain and disgust I feel toward you is miniscule compared to that which I harbour against the 14 councillors, 2 would-be mayors and 1 sitting mayor who felt their presence at the vote was unnecessary.

Aren’t you elected to office to attend to city business? So what other pressing engagements do you have to attend to that supersede being in council chambers to vote?

I’m sure the Mayor of Torino would’ve understood, Mayor Miller, that you had to be late for your date because of a council vote. Councillor Ford couldn’t be there because he was taking calls from his constituents? Hmmm. Imagine how many votes councillors are going to miss once there’s only 22 of them. And Councillor Michael Walker whose St. Paul’s ward contains a stretch of Avenue Road, the north of Bloor Street extension of University Ave. that would see a lot of backed up traffic if the bike lanes further south caused all the pandemonium opponents claimed they would, aren’t you retiring this year? What did you have to lose by voting – either yes or no – on this issue? Were you afraid of hurting your executive assistant, Chris Sellors’ chances of succeeding you by offending either side of the debate?

Except that it’s this refusal to offer up the courage of your convictions that gives politicians a bad name with the public. I know, I know. This was only a vote on a trial run at installing bike lanes on a major downtown road. A minor issue to many, for sure. But in some ways, it is representative of competing future visions of the city. Lessening our reliance on cars versus a continued catering to their every uncivil whim and demand.

At least we know where those councillors who led the charge and voted against the University Avenue bike lanes stand on the issue. We can combat an established target. It’s the slippery, elusive, greasy ducking of controversy that irks and is ultimately unhelpful in charting a course for the city. 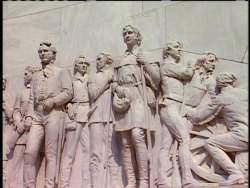 Those are the kind of politicians we don’t need and who should be targeted for defeat this fall.