A Surplus Of Ill Will

Mayor David Miller. At this stage, you’re either with him or a’gin him. Never, it seems, shall the twain meet. 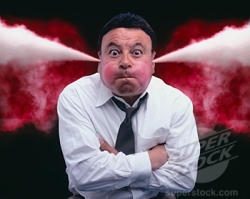 His big announcement this week of an additional $100 million surplus (on top of the $250 million surplus already in the books earlier in the budget process) had many in the press scratching their heads while others pulled their hair from it in outrage. “Mismanagement,” screeched the Toronto Sun’s Sue-Ann Levy during Wednesday’s press conference. ‘Overblown’ in the minds of some, and not worth the trip to City Hall. We thought it was going to be something really important like the mayor’s early resignation or re-entry into the race, seemed to be the only thing anyone could agree on.

The Toronto Star’s Royson James tried out the dichotomy of it being either good news or a cheap political stunt. But, I ask, why can’t it be both, Royson? 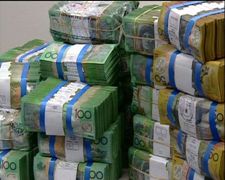 Mayor Miller and his minions on the budget committee aren’t the first politicians to play politics with budget information, dampening down expectations of good news or heightening worst case scenarios in the hopes of a soft landing when the budget finally arrives. Spinning, I believe it’s been referred to. Massaging the message.

Do I wish it wouldn’t happen? Absolutely. A straight forward and transparent rendering of the city’s revenues and expenditures would go along way to restoring the public’s confidence in their elected officials. Money monkey business gives the impression that we’re being played and elevates our resentment at paying taxes to contribute to the running of the city.

Still, why are we surprised by Miller’s moves or so irate at the fact that the city has more money at its disposal than it originally believed? It is good news, Royson James, and much, much better than the alternative of having less money than expected. Good news delivered in the form of purely partisan political theatre. That isn’t too difficult to get one’s head around if one really wants to. 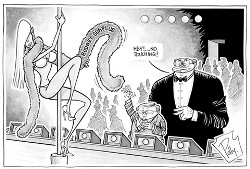 But for James and all the other media type megaphones trumpeting the hymn from the right wing songbook about a financially out of control administration at City Hall, this pricks a hole in their balloon. In Thursday’s article, James does a little message massaging himself, pointing out that under Miller, spending has gone up by a billion dollars in the last two years. A billion dollars! That’s crazy. That’s out of control. That’s.. let’s see 1 billion of 9.2 billion is about.. just under 11% divided by 2, gives us a 5.5% increase/year in the last two years. During which, we had one of those, what do you call it… major recessions. A global economic meltdown the likes of which we hadn’t seen since the 1930s. Between bailouts and increases in social spending, all governments saw expenditure spikes, Royson. How about giving us that kind of perspective in your role as a member of the fourth estate? 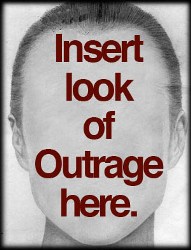 Alas it seems, when it comes to covering Mayor David Miller these days, perspective is the last thing that we should expect. At least of the objective, just-the-facts-ma’am kind of perspective we need in able to make informed decisions.