Standing On Guard For Them

An additional thought to my last post on Rocco Rossi and The Empire Club.

I wonder if candidate Rocco is aware of the irony in having given his maiden speech at an establishment like The Empire Club of Canada. Actually, I wonder if it’s ironic at all as there are times when I feel my grasp of the term ‘irony’ is no firmer than that of Alanis Morissette.

Rather than ‘ironic’ let’s call it ‘appropriately symbolic’ or ‘sadly unsurprising’.

According to its website, the club’s founders were well-heeled men; Souls for whom the wind is always nor’- nor’-west as British writer Rupert Brooke called them, poetically meaning of good fortune, I gather. They came together during the early years of last century in the face of a growing anti-English sentiment within the general populace and these men were nothing if not serious Empire Loyalists. It seems that Britain’s Lord Alverstone had voted with the 3 Americans who sat on the Alaskan Boundary Tribunal against the two Canadians. This resulted in the United States acquiring several islands plus a long stretch of coastline that became known as the Alaska Panhandle. In effect, handing over 210,000 square miles (or 543 900 sq. km. if my math is right) of northwestern Canada to the Americans. 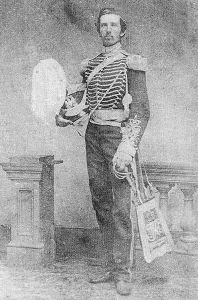 Some Canadians were pissed about such British perfidy including then PM Wilfrid Laurier who demanded Canadian control over her own foreign affairs. This was downright uppity of the masses in the eyes of the nascent Empire Club of Canada set who seemed more akin to what they called “the Imperial bond” than they did their home and native land. So they formed a club (No Girls Allowed!) and got together for weekly dinners to listen to some speechifying extolling the virtues of the Empire and denigrating popular homegrown nationalist chest beating. For example, in the club’s own words: No aficionado of early Empire Club speakers could rightfully list those who impressed him without recalling the joy of discovering Captain A.T. Hunter…with an address entitled “The Fatuous Insolence of Canadians.” [Bolding is mine.]

While the names and players have changed, it is the dynamics that haven’t with Rossi choosing the Empire Club of Canada as the place to kick off his campaign for mayor. The self-satisfied, entrenched establishment cheering on a reactionary, anti-populist office seeker who, if elected, promises to take the city back from fat cat unions, know-nothing bureaucrats and 44 other elected officials. Rossi vows to return the power to where it belongs: the monied back rooms.

So no, Rossi’s speech and location of it was not ironic. Pathetically apt, more like it.